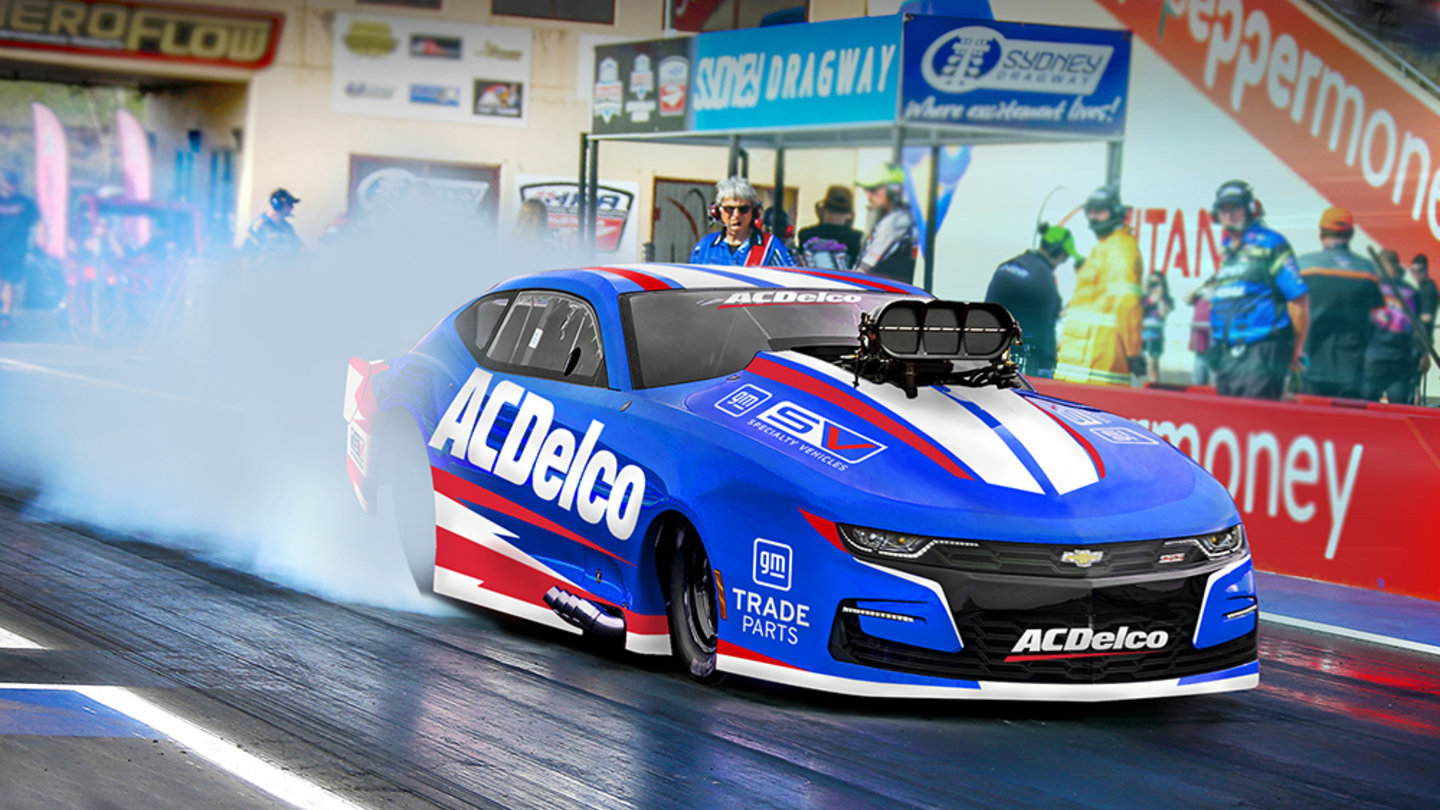 The GM designed Camaro body is currently under construction in the USA and will be campaigned in Australia by the ACDelco Camaro Slammer Drag Racing team, under the guidance of Team Principal, Maurice Fabietti.

The announcement comes as the first glimpse of the all-new Gen3 Camaro Supercar draws closer.

“GM ANZ is making a significant statement introducing the Camaro to drag racing in Australia, one which sits alongside and is complementary to GM’s commitment to Gen3 Supercars.”

GM has been part of the Australian drag race scene with the Fabietti ACDelco Race team for more than 15-years. The team campaigned a Monaro bodied 3,500hp Pro Slammer to win the championship in 2017, achieved second place in 2019-21 and, most recently, runner-up at the 2021 WinterNationals.

“With ACDelco and GM Trade Parts branding featuring on the new race car, it’s a highly visible and engaging way to remind people of the GM Holden Aftersales support for the 1.6 million Holden vehicles still on the road today, who can access more than 200 Authorised Holden Certified Service Centres across the country,” said Mr Payne.

The Camaro componentry is expected to arrive in Australia early next year, at which time it will be delivered to Maurice Fabietti and the ACDelco Camaro Slammer Drag Racing team workshop.

“It will be a major change engineering our race car to the Camaro appearance, but we’re up for the challenge and are ready to make a big statement on the track for ACDelco,” said Mr Fabietti.

“The weight saving alone will be more than worth it, as the carbon fibre body weighs only 30kg. This will give us the ability to move ballast around the car, which is something we weren’t able to do before. These factors are critical when you’re trying to pilot a 3,500hp drag car down the strip to sub-5.7 second quarter mile times.

“I’m sure there will be some other aero-advantages compared with the old body which we’ll discover as soon as we start to get it race-ready.”

The arrival of the Camaro is also an opportunity for the team to debut a fresh new look, one which will extend beyond the exciting new race car to crew uniforms, a new range of merchandise and a contemporary new ACDelco livery.

“We can’t wait to turn the new Camaro into a streamlined and super-lightweight competition car,” said Mr Fabietti. 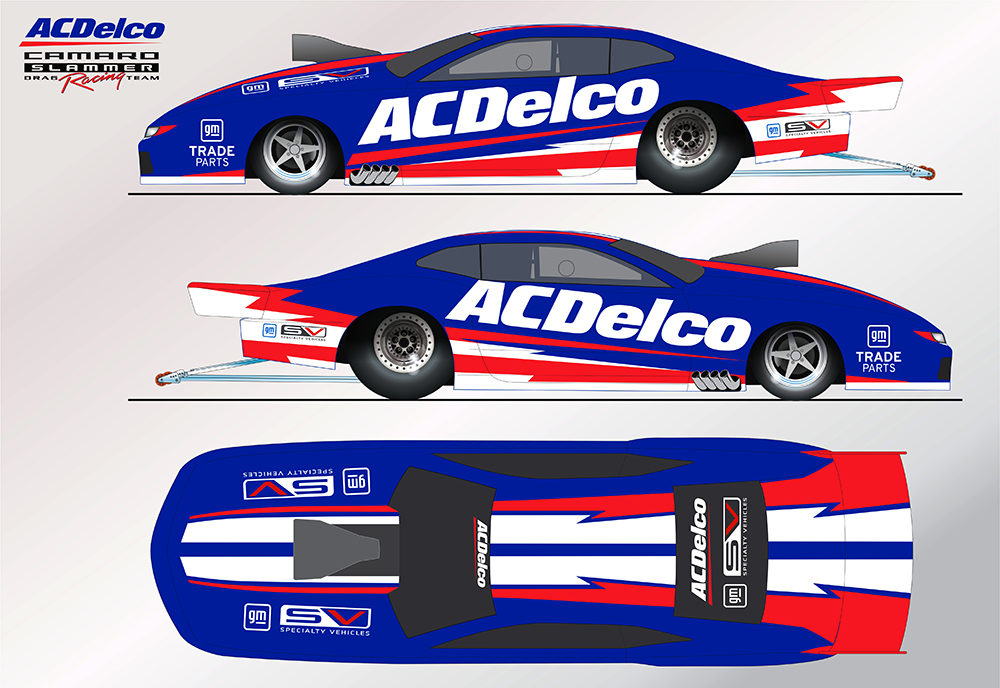